Tips on How to Survive Universal Studios at Christmas 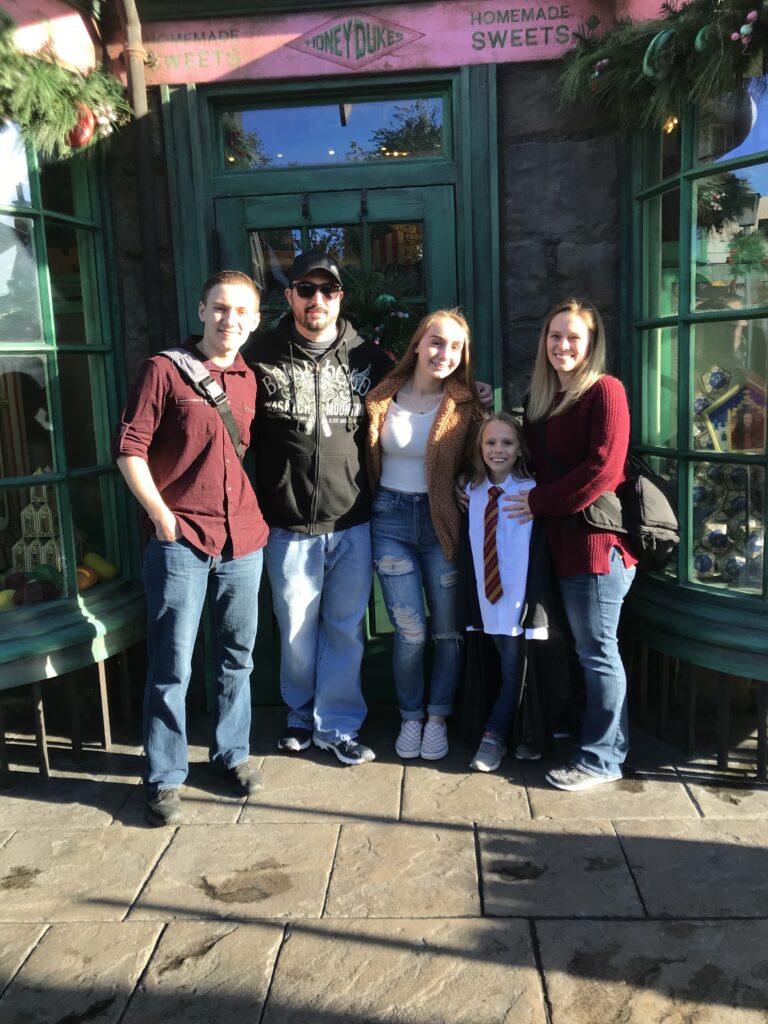 We started off by getting there super early to get in line. There was SO MANY people. I think Christmas Day may possible be the busiest day of the year. Once we got into the park, the first thing we did was head over to the Harry Potter world. My nine year old has read all the books and watched all the movies. She is a huge fan. We ended up at the book store to get fitted for a wand. That’s when the magic all started.

Brylee was dressed in her Gryffindor costume and she got chosen to be fitted for a wand. They asked her to come up to the desk to try a few out. The first wand she was asked to cast a spell and the flowers died. The second wand she was asked to cast a spell and a bell started ringing and lightning appeared. BUT, the third wand she picked up and wind blew her hair back, music played and she was in a spotlight. The librarian told her that the wand had chosen her. It was just like a scene out of the movie!

Brylee got to keep her wand and go around casting spells around the park and that’s pretty much where she wanted to stay the WHOLE day. We grabbed some butter beer while we were there, which is the most amazing thing I have ever tasted. I highly recommend trying the frozen butter beer. 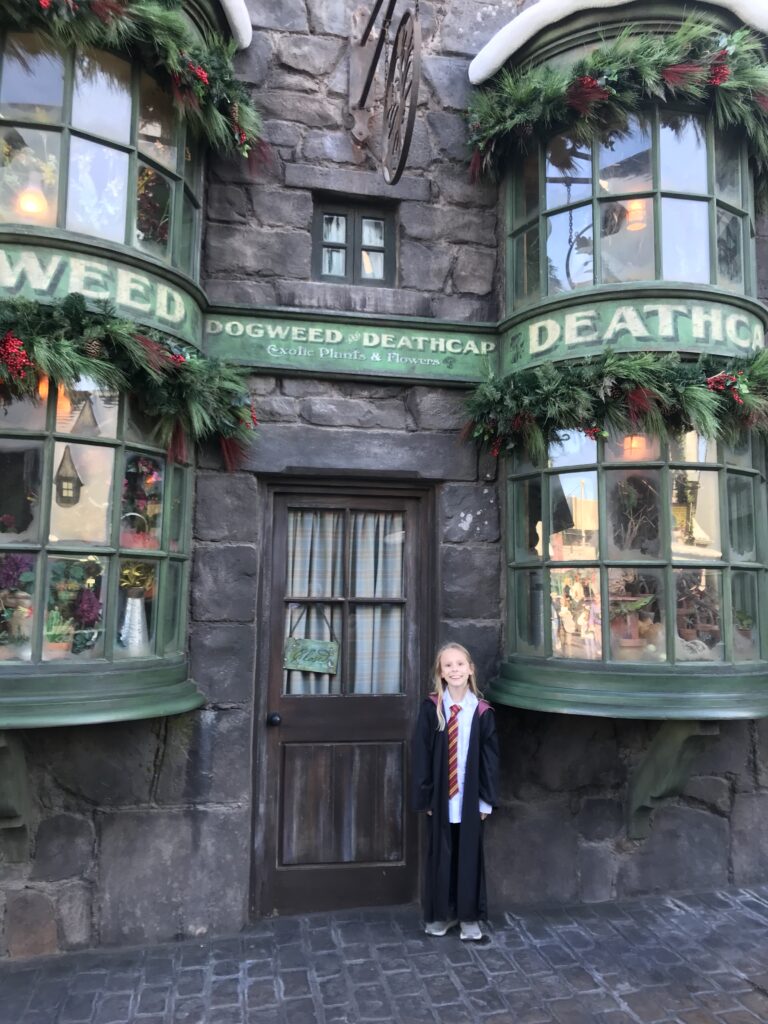 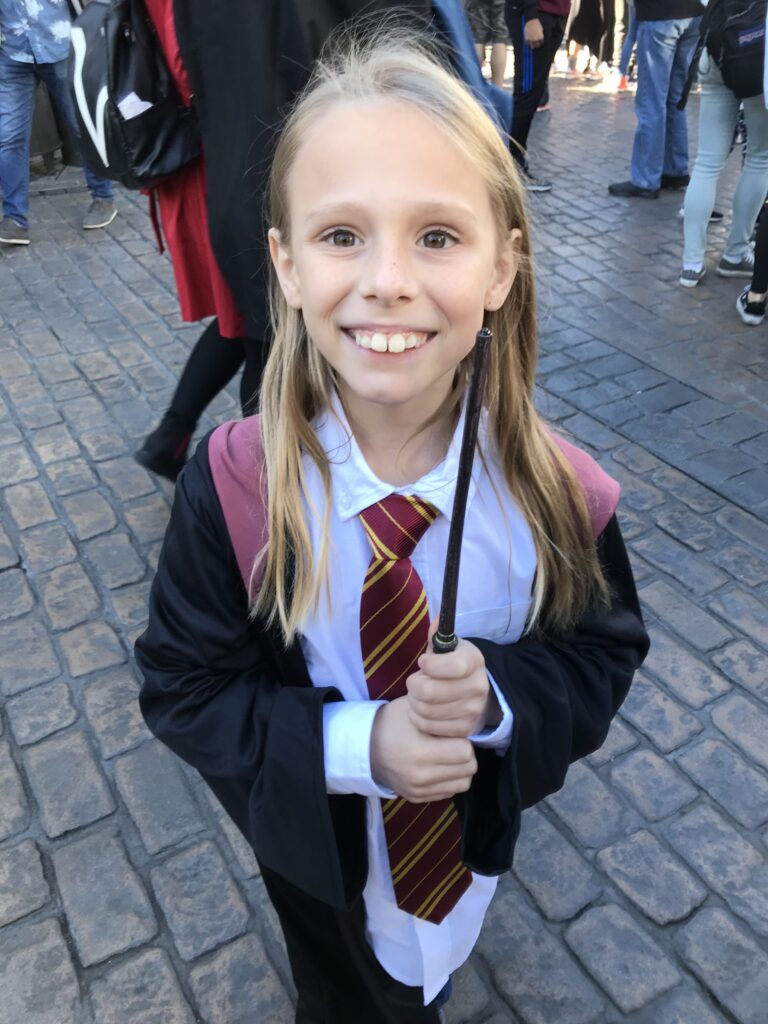 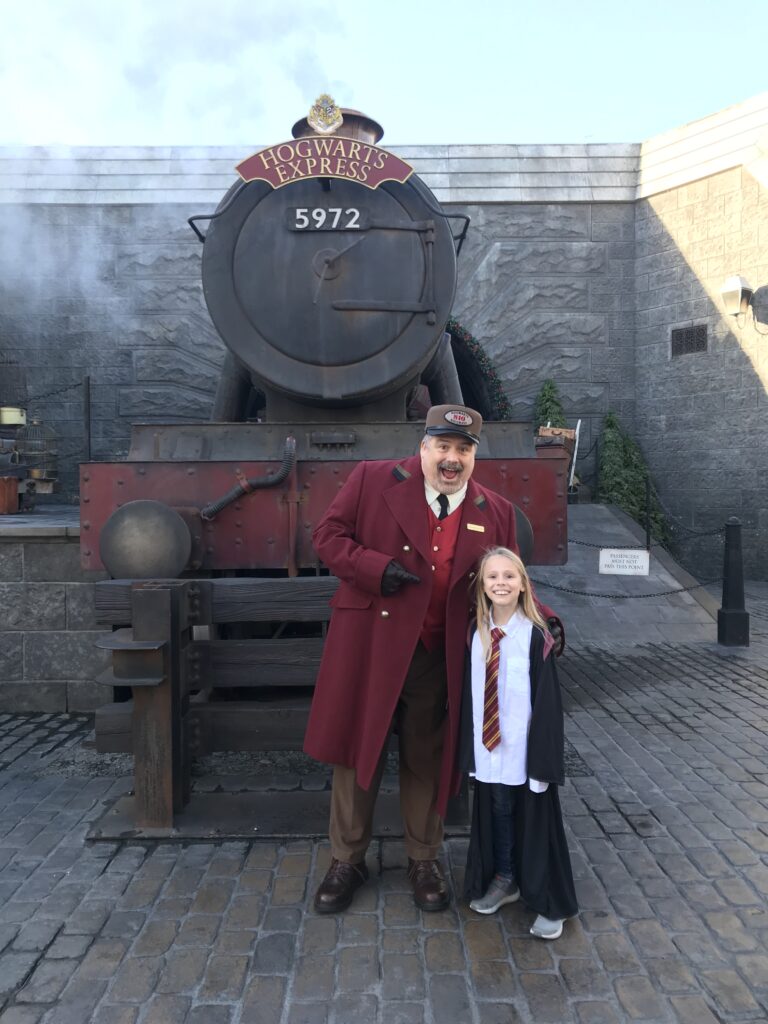 I think my favorite part of the trip is also the studio tour! I recommend taking the tour after you have been standing a while because you get to sit and ride a train. The 4D movie clips were really awesome. My daughter thought they were too loud and scare and just closed her eyes and covered her ears the whole time. There was some things she thought was really cool though. We drove by the VOICE stage which we are BIG fans. Also, we drove by where the show, The Good Place, was filmed. Seeing it in person and then on TV is really weird to me.

One thing I wish I could have done is the Walking Dead attraction. My girls didn’t want to go through it and it was on my wish list. So, we settled for the Grinch attraction. We got to send letters, meet Max and stay for the Christmas tree lighting and witness the snow fall. The snowfall was magical and really does put you in the Christmas spirit. I included a short video below. 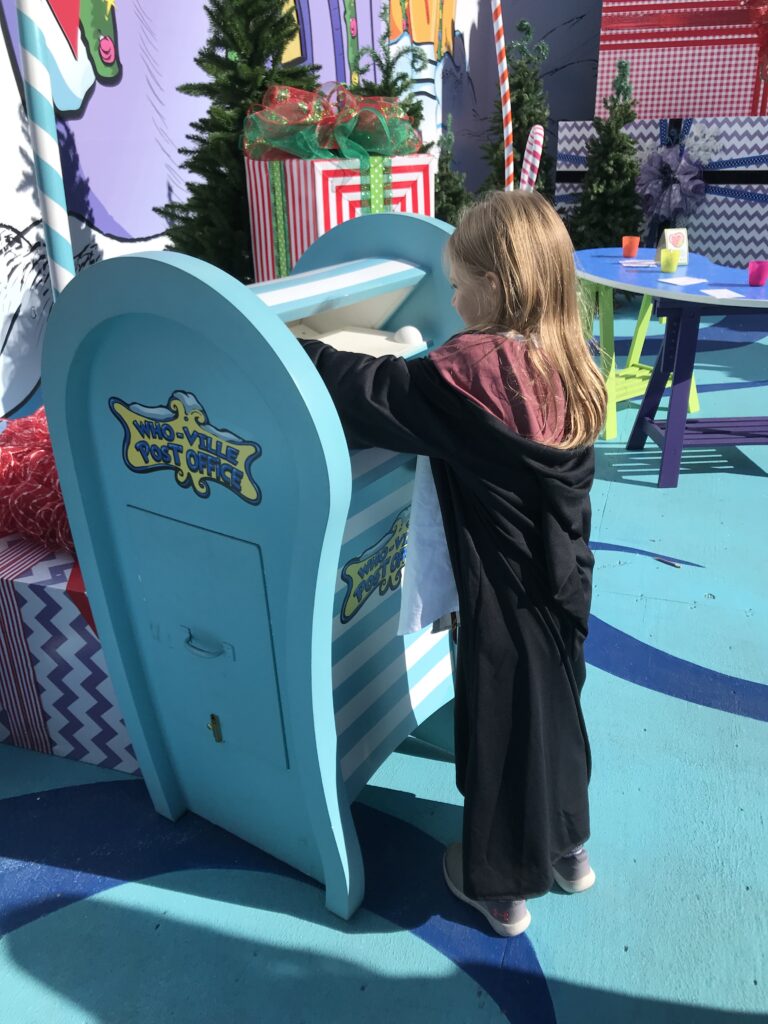 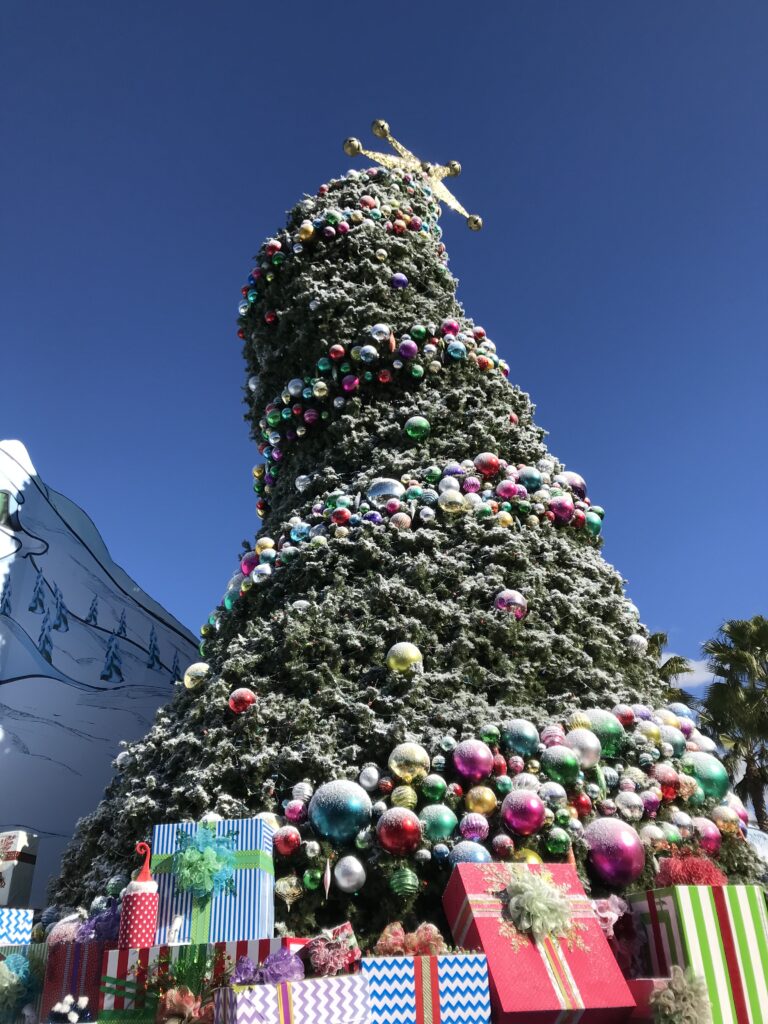 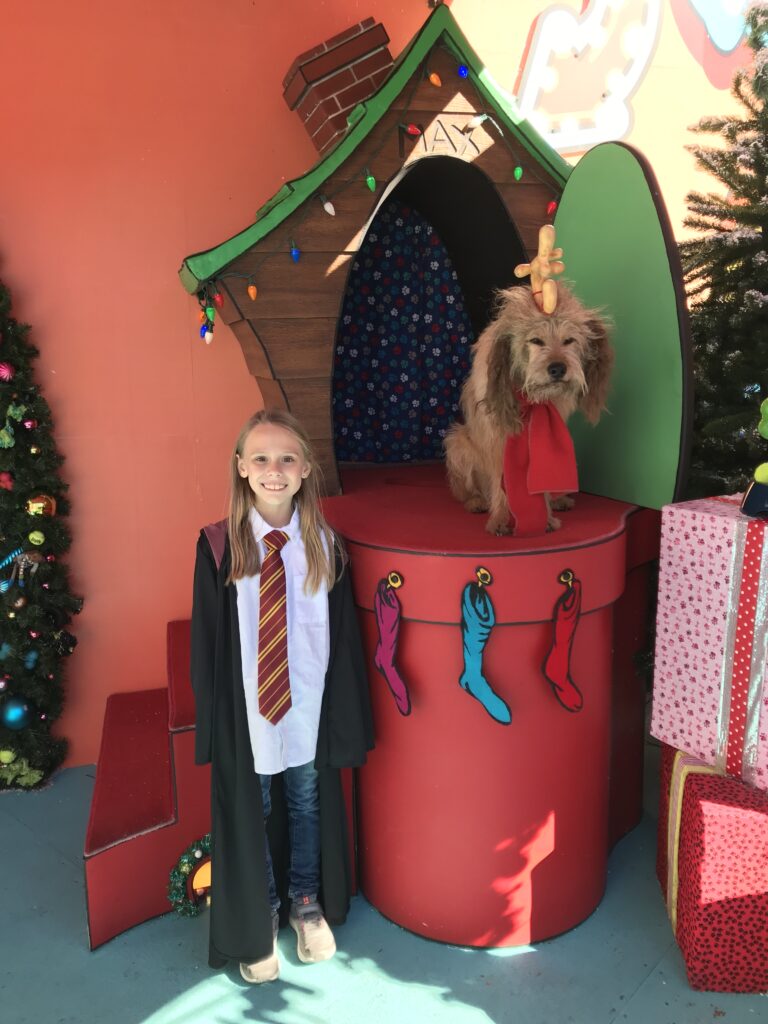 I do NOT recommend going on Christmas day because it is SO busy. I would go before everyone is on vacation.

We did bring a bag full of snacks and drinks to have between lunch and dinner. We ate lunch at the park ($80 for corn dogs!)  and then at Bubba Gump Shrimp for dinner on the Walk.

I recommend getting to the park early if you want to do ANYTHING Harry Potter because the ride alone was a 3 hour wait. The bookstore fills up really quick as well.

Take breaks in between rides and enjoy the shows. Show up early to get seating to rest your feet. We loved all the shows and the studio tour.

Universal Studios Hollywood was amazing. We purchased our Disneyland and Universal Studio tickets through Get Away Today which saved us a little bit of money as a packaged deal! 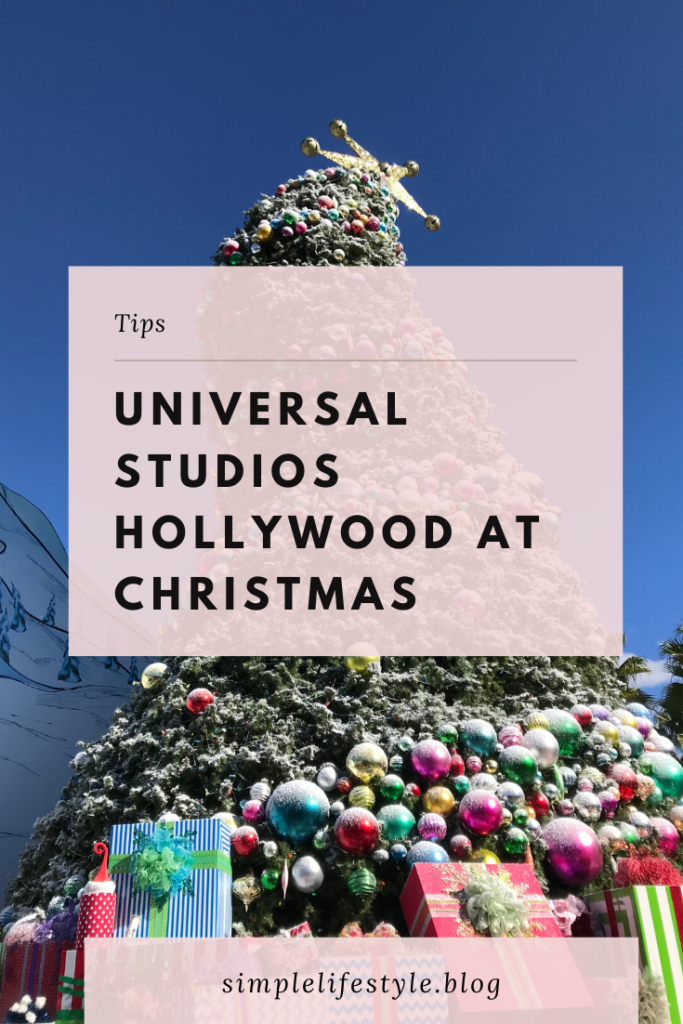 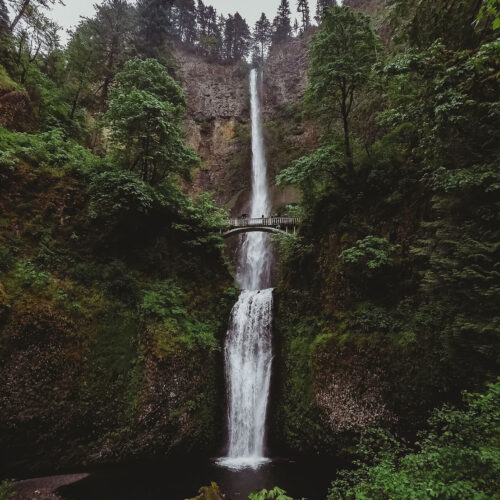 What to Do: Portland, Oregon 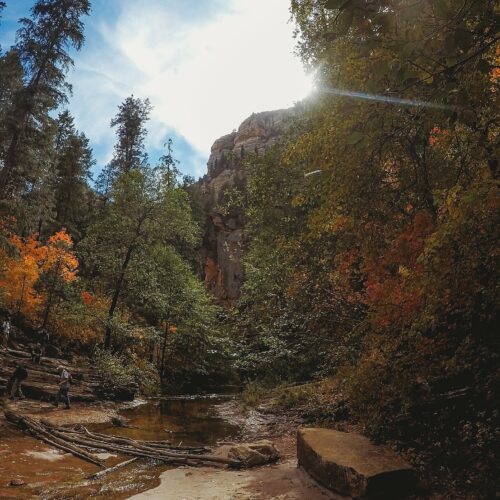 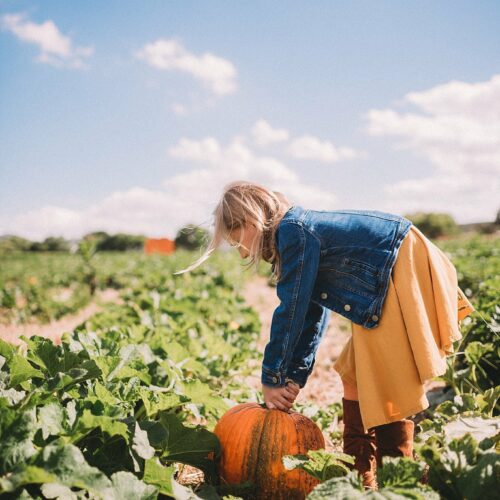 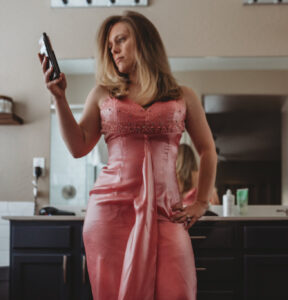 I am a mom of 3, wife of 17 years, lover of photography, a lifestyle blogger and a shampoo dealer. I grew up in Southeast, Texas and now reside in Phoenix, Arizona.

END_OF_DOCUMENT_TOKEN_TO_BE_REPLACED 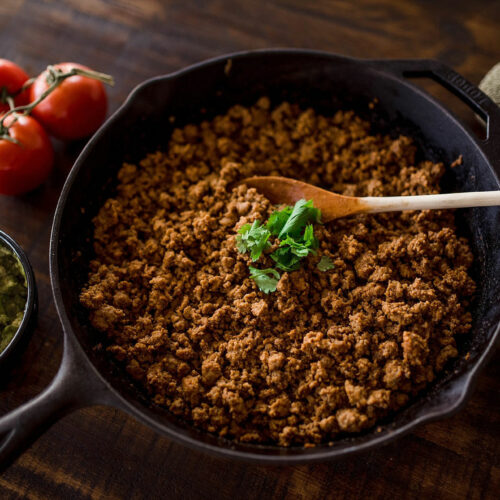 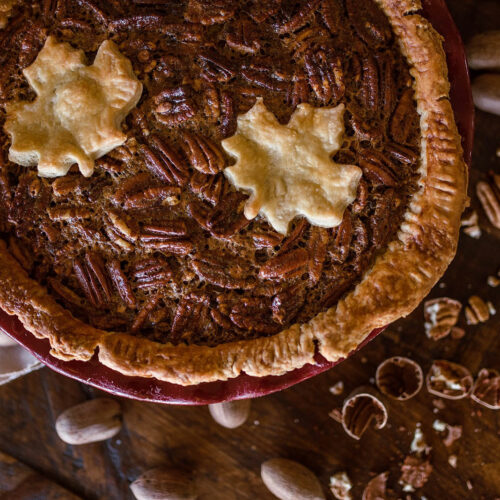 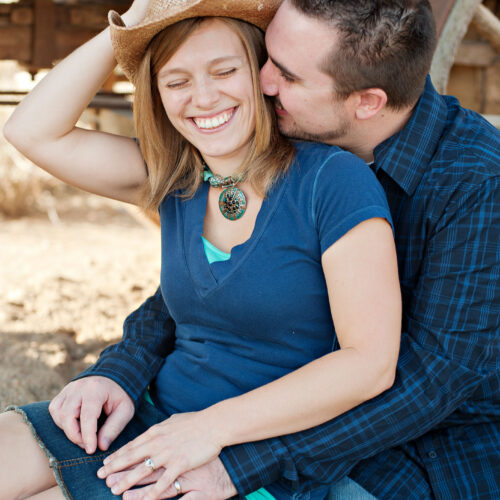 Somedays you just want a cookie! Yes, I am all abo

My favorite cup ❤️ It makes mornings a little

I love the natural shine that comes with using Mon

These two are best buds ❤️ Especially when the

The work at home life 👌🏻 I have been self em

Already missing the mountains. This is where I fee

I started Monat because I just wanted healthier ha

Quarantine can’t get this girl down 🙌🏻 She

We love exploring nature. You can give my little o

We went camping for my husband and son’s birthda